A Cold Legacy by Megan Shepherd

The Skinny: After killing the men who tried to steal her father’s research, Juliet—along with Montgomery, Lucy, Balthazar, and a deathly ill Edward—has escaped to a remote estate on the Scottish moors. Owned by the enigmatic Elizabeth von Stein, the mansion is full of mysteries and unexplained oddities: dead bodies in the basement, secret passages, and fortune-tellers who seem to know Juliet’s secrets. Though it appears to be a safe haven, Juliet fears new dangers may be present within the manor’s own walls.

Then Juliet uncovers the truth about the manor’s long history of scientific experimentation—and her own intended role in it—forcing her to determine where the line falls between right and wrong, life and death, magic and science, and promises and secrets. And she must decide if she’ll follow her father’s dark footsteps or her mother’s tragic ones, or whether she’ll make her own.  -From Goodreads

BFF?: Juliet finally went from sort of terrifying to down right OMG. This girl… Friends, she has gone from timid to badass over the course of this series. And not really badass like Katniss is a badass. More like… darker, creepier, making hard and dangerous decisions badass. I loved watching her transformation throughout this series, but I think this book really took her to the absolute limits and we had to see the consequences of it. Not an easy thing to do, but I loved watching her handle it.

Readability: I love this series! It’s so dark and spooky, putting you right into the center of some of the best thrilling classic stories. A Cold Legacy was no different and I got chills from everything – the setting, the writing, the action. Wonderful!

Crush Level: 6ish
I’ve been a little up and down with Montgomery and while he was pretty awesome in Her Dark Curiosity, I sort of got a little aggravated with him in this one. He was just so “Juliet, don’t do this! Juliet, this is wrong! Juliet, let’s just get married and run away and never speak of any of this again!” I mean, yes… he was kind of right about it but c’mon… He did live up to his romantic expectations and gave me quite a few swoons here and there! So while yeah, he did annoy me he’s just kind of dreamy so I let it go. 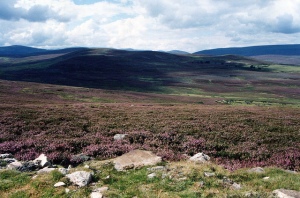 One of my favorite settings period! There is something so stark and beautiful about Scotland’s moors, so I was super excited that this one took place there! It also made for a hella creepy setting that was absolutely perfect.

I won’t go into this very much but I love fortune telling. While I’ve never had mine read or believe in it, there’s something kind of fun about horoscopes and tarot cards and crystal balls.

Commencement Speech: This is one of my favorite series that I don’t think I hear nearly enough about. I think we were all raving about The Madman’s Daughter when it first came out, but now I hear nothing about any of these. I might just miss others’ chatting so if you’ve read this series and loved it like I have, let’s chat!

A Cold Legacy picks up almost exactly where Her Dark Curiosity ends, which is basically at Frankenstein’s castle/house. There are lots of weird things going on, lots of secrets throughout the house, dead people in the basement… it’s perfect! There’s also some twisted surprises and things that you’ll never see coming. I love that this book made me question everyone, from Edward and Montgomery to Juliet herself. Definitely a great thriller that kept me on the edge of my seat the whole time!