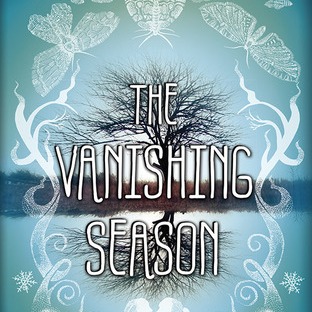 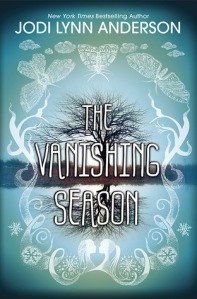 The Skinny: Girls started vanishing in the fall, and now winter’s come to lay a white sheet over the horror. Door County, it seems, is swallowing the young, right into its very dirt. From beneath the house on Water Street, I’ve watched the danger swell. The residents know me as the noises in the house at night, the creaking on the stairs. I’m the reflection behind them in the glass, the feeling of fear in the cellar. I’m tied—it seems—to this house, this street, this town. I’m tied to Maggie and Pauline, though I don’t know why. I think it’s because death is coming for one of them, or both. All I know is that the present and the past are piling up, and I am here to dig.I am looking for the things that are buried.

From bestselling author Jodi Lynn Anderson comes a friendship story bound in snow and starlight, a haunting mystery of love, betrayal, redemption, and the moments that we leave behind. – From Goodreads

BFF?: Maggie was a little complicated to like. On the one hand, I thought she adjusted well to her new life, was super mature, and generally a good girl. But she just seemed to sort of float through everything. Like there was nothing really compelling about her and, in a way, she was just there for us to see this series of stories unfold. That being said, she was an integral part to the story. She moved things forward, even if they weren’t things for her. Despite all the bad things going on she remained steadfast. I grew to like her but was still very wary of her from time to time.

Readability: You know those books that are super slow but oh so beautiful? That’s how this book was. Nothing really happened other than daily life, but it was so compelling to read. I really did enjoy it. And then there were these spooky little interjections by a ghost? A presence? You really didn’t know who it was… dun dun dunnnnnn

Crush Level: 7 then 0
So we have Liam. Who is head over heels for Pauline. Who has no feelings for Liam. Who Maggie has a crush on. I know what you’re thinking: noooooooo! A love triangle. This triangle is actually one that works though. I’m still not quite sure how it works, but it works. But back to Liam. When we first meet him he’s building this outdoor sauna for Pauline because she hates the cold weather. I mean, CUTE! He has so many of these amazing moments that make him so perfect and a true gentleman. Why the 0 crush level though? He does some things later in the book that make me not like him so much anymore. Nothing “bad” per se… just things that made me lose some attraction.

Commencement Speech: This is my 3rd Jodi Lynn Anderson book I’ve read (2nd I’ve finished) and I’m still out on if I really like her stories. I LOVE her writing but her stories are kind of hard to handle. The Vanishing Season, while not much really happens by way of plot, was simply beautiful. Each character was fully developed and I felt like I was part of their lives just as much as Maggie was. I think what struck me as beautiful was this small town Maggie moves to, with its colorful cast of characters, the daily simplistic lives they lead… I’m not sure HOW this was beautiful, but it just was. Another thing I really did enjoy was the interjections written in first person by this unknown figure. It’s hard to decide if it’s a he or a she, alive or dead, natural or supernatural. But boy… did it change the tone of the book. Here we have just this average story, then all of a sudden it gets creepy. But what’s unique in this is that you never quite saw it coming because it was so sporadic.

Overall, this book was different. I didn’t see the ending coming and it certainly didn’t go the way I was expecting. It may not be for everyone, but I think if it’s for you, you’ll enjoy it as much as I did.

Superlatives – Most likely to make you have the confusing feels

8 thoughts on “Give me one moment in time”