Okay, not so much shenanigans as much as just going shopping and to the movies. Shopping wasn’t anything to write home about; I bought some new jeans. Woo.

But I finally went to see Frozen. I was, no joke, the only person in the theater. Hooray for my private showing! My latest obsession over the past month has been the song “Let It Go” from the movie, so I was really excited to see it on the big screen. It’s funny how much more the words meant to me now that I’ve actually left my job. Hey-o!

Which brings me to today… my first day of my new job. I don’t really know what all I’ll actually be doing there – today I laminated and cut out phone number cards and started creating signs – but everyone was so nice I didn’t care that I felt lost all day! I’m really excited about going back tomorrow and hoping to get to do more.

I’m also having to take my lunch to work – something I haven’t done in like 6 years – and think I am totally adorable packing my lunch. I have little containers for stuff, a lunch bag, sandwich bags… all I need is a My Little Pony thermos and I am all set! I do have my eye on this nifty Bento box lunch box… but that may be pushing it. 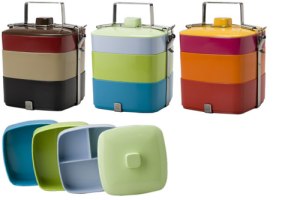 Hope everyone has been having a great week!