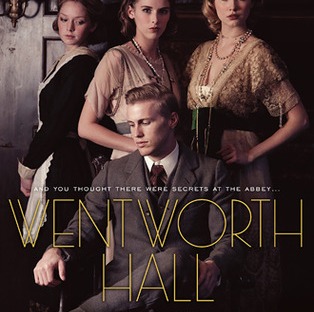 We’re all familiar with the Titanic and its tragic end. And you’ve been living under a rock if you’ve never seen the movie. One thing that really shone was the clothing. Heck, during my freshman year of high school the most worn prom dress was Kate’s crimson and black beaded number she wore in the movie! 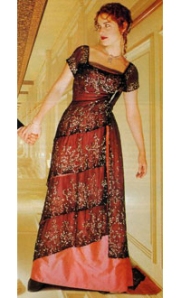 Wentworth Hall is set during the same year the Titanic sank and throughout the book, the clothing of the time is discussed, touching on the opulence of the fashion of the decade. And while it is, for the most part, just part of the setting to put you into the period, clothing does have its way of moving along the plot and developing the characters.

The eldest daughter Maggie, having returned from an extended stay in France, brings back with her several pieces that are frowned upon by her overly traditional father, resulting in a few humorous incidents that were pretty familiar to my teen self’s wardrobe wars with my parents.

Fashion in 1912 was opulent, lush and vivid. Designers took inspiration from the Orient and Russia. Lines were fluid and fabrics softer than in the previous decade. Higher waistlines created different silhouettes, ranging from draped, layered dresses to “hobble skirts” which made long strides near impossible. 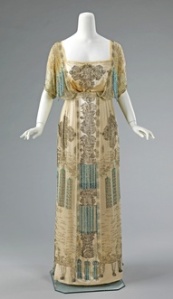 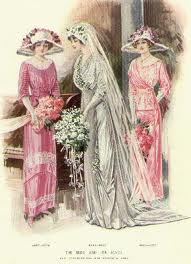 Luckily for women, waistlines became less restrictive and were looser – less corsets for these ladies!

Hairstyles were also changing. Sleek waves and curls were starting to appear, along with stylish headpieces, such as bandeaus and large hats. 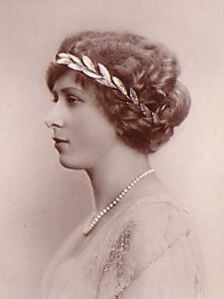 Jewelry mirrored the fashion of the day, opulent (can you tell I love this word) and draped. Long strands of pearls were common along with large necklaces worn close to the throat.

If you’re interested in this period’s clothing and style, here are some great sites that feature images you may want to check out!

Check out the other members of the Selective Collective and see what fun things they have going on!

15 thoughts on “Selective Collective: The Fashion of Wentworth Hall”